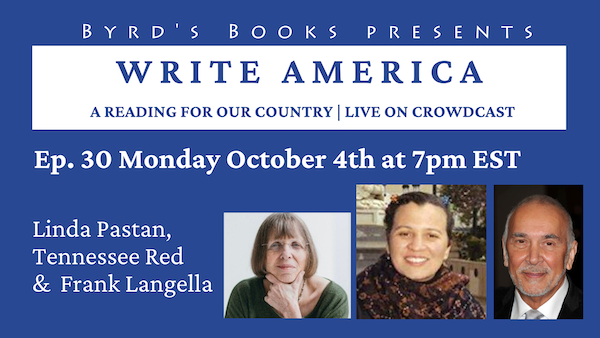 Join us for the thirtieth episode of Write America featuring Linda Pastan, Tennessee Reed and Frank Langella as they read and discuss their works intimating how the deep divisions in the country may be healed by the quiet power of art.

LINDA PASTAN: Among her many awards and honors include a Pushcart Prize, a Dylan Thomas Award, the Di Castagnola Award, the Bess Hokin Prize, the Maurice English Award, the Charity Randall Citation, and the 2003 Ruth Lilly Poetry Prize. She was a recipient of a Radcliffe College Distinguished Alumnae Award. From 1991 to 1995, she served as the Poet Laureate of Maryland, and was among the staff of the Breadloaf Writers Conference for twenty years. Linda Pastan lives in Potomac, Maryland.

TENNESSEE REED: A graduate of UC Berkeley, Tennessee Reed is Secretary of Oakland PEN, and the author of the collections Circus in the Sky (I. Reed Books), Electric Chocolate (Raven's Bones Press), and Airborne (Raven's Bones Press). She received her M.F.A. in Creative Writing from Mills College in 2005

FRANK LANGELLA has won four Tony Awards: two for Best Leading Actor in a Play for his performance as Richard Nixon in Peter Morgan's Frost/Nixon and as André in Florian Zeller's The Father, and two for Best Featured Actor in a Play for his performances in Edward Albee's Seascape and Ivan Turgenev's Fortune's Fool. His reprisal of the Nixon role in the film production of Frost/Nixon earned him an Academy Award nomination for Best Actor.

A Dog Runs Through It: Poems (Hardcover)

Dropped Names: Famous Men and Women As I Knew Them (Paperback)

END_OF_DOCUMENT_TOKEN_TO_BE_REPLACED 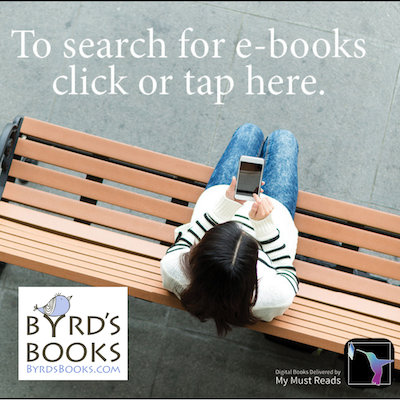