Vladimir Putin: The Biography - Rise of the Russian Man Without a Face; Blood, War and the West (Politics) (Paperback) 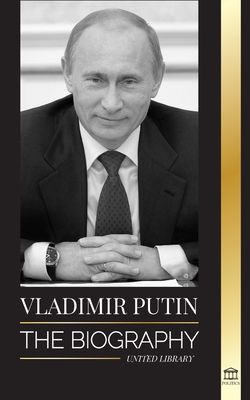 In 1999, Russian president Boris Yeltsin dismissed his prime minister and promoted former KGB officer Vladimir Putin in his place. In December 1999, Yeltsin resigned, appointing Putin president, and he was reelected in 2004.

In April 2005, he made a historic visit to Israel - the first visit there by any Kremlin leader.

Putin could not run for the presidency again in 2008, but was appointed prime minister by his successor, Dmitry Medvedev. Putin was re-elected to the presidency in March 2012 and later won a fourth term. In 2014, he was reportedly nominated for a Nobel Peace Prize.

"Whoever does not miss the Soviet Union has no heart. Whoever wants it back has no brain." ― Vladimir Putin

This is the descriptive, concise biography of Vladimir Putin.