The Red Hot Typewriter: The Life and Times of John D. MacDonald (Paperback) 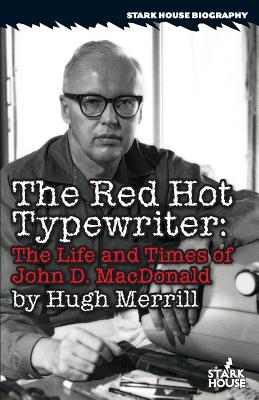 "From the 1950s through the 1980s, John Dann MacDonald was one of the most popular and prolific writers in America. He was a crime writer who managed to break free of the genre and finally get serious consideration from critics. Sixty-six of his novels and more than four hundred of his short stories were published in his lifetime. When he died in 1986, more than seventy million of his books had been sold.

"But it was not just sales figures that made MacDonald important. London Times critic H. R. F. Keating selected his 1979 novel, The Green Ripper, as one of the one hundred best mysteries of all time. That same novel won him the American Book Award for the best mystery of the year. His books were translated into at least eighteen languages. Eight of his novels were made into motion pictures, including The Executioners, which became the critically acclaimed Cape Fear."

--from Chapter One of The Red Hot Typewriter

Utilizing the author's many letters and articles, Hugh Merrill brings to life John D. MacDonald, the man, creating a new understanding of his inspirations and motivations; his causes and concerns; his loves and losses. From The Brass Cupcake to Travis McGee, MacDonald's books are also explored, offering a new source of inspiration to readers everywhere to rediscover what author Ed Gorman calls "some of the best crime novels of his generation." This is the story of one of crime fiction's most original and bestselling writers.