A Book of Common Rituals (Paperback) 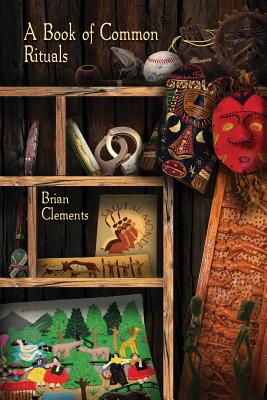 In A Book of Common Rituals, Brian Clements presents a fantastic and mundane religion in which all the rituals are built around the absurdity of human behavior, all the beliefs are founded on what is regrettable and all the dogma exists for the purpose of celebrating the tragicomedy of human folly. Using sequences of prose poems with accompanying texts and images, Clements invites us to enter a temple that welcomes everyone, especially heathens and blasphemers. In the world created by A Book of Common Rituals, readers become willing participants in behaviors that may seem eerily similar to the rituals that inhabit their own individual imaginations.

Brian Clements is the author of three Quale titles: And How to End it, its sequel, Jargon, and, most recently, A Book of Common Rituals. He edited with Jamey Dunham the anthology An Introduction to the Prose Poem, and he founded/edited Sentence: a Journal of Prose Poetics. He is Professor of Writing, Linguistics, and Creative Process at Western Connecticut State University, where he coordinates the MFA in Creative and Professional Writing and advises the literary journal Poor Yorick (http: //pooryorickjournal.com)