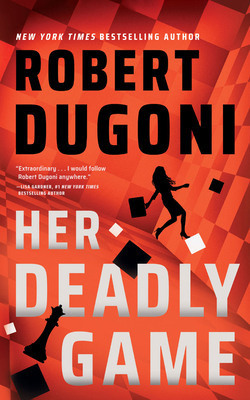 A defense attorney is prepared to play. But is she a pawn in a master's deadly match? A twisting novel of suspense by New York Times bestselling author Robert Dugoni.

Keera Duggan was building a solid reputation as a Seattle prosecutor, until her romantic relationship with a senior colleague ended badly. For the competitive former chess prodigy, returning to her family's failing criminal defense law firm to work for her father is the best shot she has. With the right moves, she hopes to restore the family's reputation, her relationship with her father, and her career.

Keera's chance to play in the big leagues comes when she's retained by Vince LaRussa, an investment adviser accused of murdering his wealthy wife. There's little hard evidence against him, but considering the couple's impending and potentially nasty divorce, LaRussa faces life in prison. The prosecutor is equally challenging: Miller Ambrose, Keera's former lover, who's eager to destroy her in court on her first homicide defense.

As Keera and her team follow the evidence, they uncover a complicated and deadly game that's more than Keera bargained for. When shocking information turns the case upside down, Keera must decide between her duty to her client, her family's legacy, and her own future.