On Good Authority: A Novel of Suspense (Paperback) 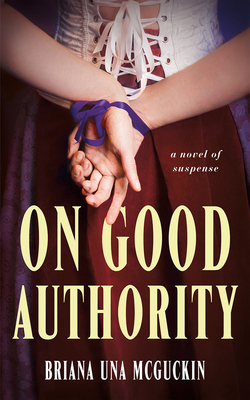 When lady's maid Marian Osley and footman Valentine Hobbs assume their positions at the cliff-top estate of Valor Rise, they already share a history. Raised together as paupers in a London workhouse, they escaped through games of imaginary crimes and sublime punishment. Now they've been unexpectedly reunited--in subservience to the brooding Wythe Bornholdt and his frail wife, Diana. A master and mistress with their own dark secrets.

The line between servitude and bondage is drawn, and the dynamics of dominance and submission will shift in this sensually charged novel of Gothic suspense.