My Life & Times In Doomadgee (Hardcover) 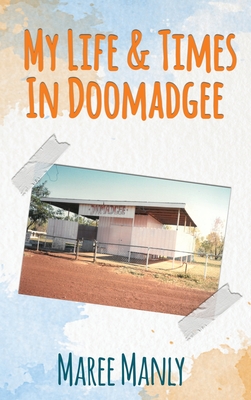 Doomadgee had been run for forty-three years by the Exclusive Brethren, originally the Plymouth Brethren who came down through the Gulf to Doomadgee. They established the mission with the help of the Queensland Government. Very quickly took over all aspects of the lives of the aboriginal people.

Men and women were sent out to stations to work, children were put in girls' and boys' dormitories. The only ones left in the community were the older men and women and the missionaries.

Life under the missionaries was harsh and controlled. It was aimed at keeping everyone abiding by the rules

The children were the ones who suffered the most, as sometimes they only saw their parents once a year.

The parents' wages were kept by the missionaries and doled out in dribs and drabs. If the missionaries purchased clothing for the residents, such as jeans, shirts or dresses, that amount was deducted from their wages.

They were not allowed to buy their own clothes or gear.

It was a closed community, as far as the missionaries were concerned and there were strict rules.

No tobacco, no music, no grog, and the locals had to get permission to do anything from marrying to how much money they were allowed.