2% Chance: A Journey in Resilience, Recovery, and Rebirth (Hardcover) 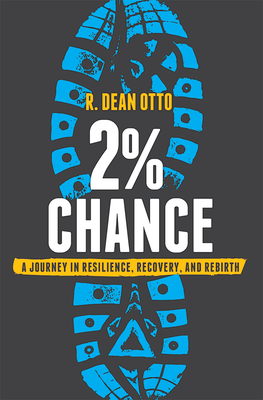 One devastating accident. A 2 percent chance of ever walking again. Three lives intertwined forever.
Accidents happen. But what if you were involved in an accident so horrific that it left you with a 98 percent chance of permanent paralysis? Would you lose faith? Lose hope? Would you find yourself angry and resentful? Or would you find the courage to forgive? What if you had been the driver of the truck? Or the neurosurgeon faced with putting a man's life back together as his window of hope to ever walk again rapidly closed?
These three men were faced with such a scenario one steamy Charlotte morning after Dean Otto was accidentally run down by a truck while out for a bike ride. As he lay there broken on Providence Road, his spine shattered, unable to move his lower half, Dean knew his life would be changed forever. But he could never have imagined the journey to come, or the deep bonds he would form with the man who hit him and the doctor who healed him.
Featured on Ellen and the Today show, Dean Otto's miraculous journey has already inspired millions. This is a story of hope, inspiration, and the power of forgiveness. It's about the lives of three men becoming forever intertwined because of the choices they made to lean into a single moment of their lives--to allow the best of humanity to shine.And to light the way for others.