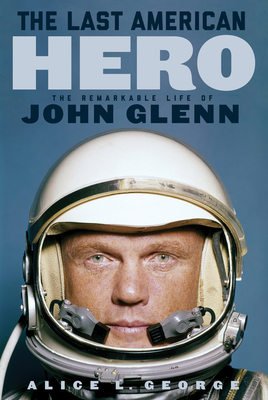 On February 20, 1962, John Glenn became a national star. That morning at Cape Canaveral, a small-town boy from Ohio took his place atop a rocket and soared into orbit to score a victory in the heavily contested Cold War. The television images were blurry black-and-white phantoms. The cameras shook as the rocket moved, but by the end of the day, one thing was clear: a new hero rode that rocket and became the center of the world’s attention for the four hours and fifty-five minutes of his flight. From that day forward, Glenn restively wore the hero label. Refusing to let that dramatic day define his life, he went on to become a four-term US senator—and returned to space at the age of seventy-seven. He was a creation of the media, in some ways, but he was also a product of the Cold War. At a time when increasingly cynical Americans need heroes, his aura burns brightly in American memory.

Alice L. George is a historian and served as a senior editor at the Charlotte (NC) News, the Lexington (KY) Herald-Leader, the Detroit Free Press, and the Philadelphia Daily News. She has authored or coauthored seven books, including The Cuban Missile Crisis and The Assassination of John F. Kennedy. She lives in Philadelphia.

"A well-informed biography that presents its subject in a golden light." —Kirkus Reviews

"Time’s “Colonel Wonderful” receives a new biographical treatment in The Last American Hero, which positions him as an adventurer, a statesman, and a role model." —Foreword Reviews