The Face: Strangers on a Pier (Paperback) 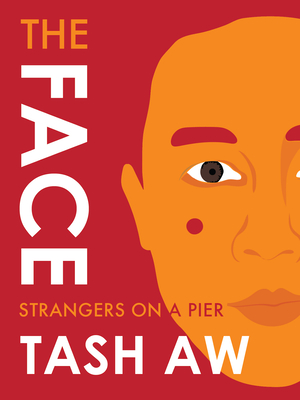 “Tash Aw’s The Face, so wise and so well done, made me wish it were much longer than it is.”  —Chimamanda Adichie, The Guardian's Best Books of 2016

From the award-winning author of Five Star Billionaire and The Harmony Silk Factory comes a whirlwind personal history of modern Asia, as told through his Malaysian and Chinese heritage.

In The Face: Strangers on a Pier, acclaimed author Tash Aw explores the panoramic cultural vitality of modern Asia through his own complicated family story of migration and adaptation, which is reflected in his own face. From a taxi ride in present-day Bangkok, to eating Kentucky Fried Chicken in 1980s Kuala Lumpur, to his grandfathers’ treacherous boat journeys to Malaysia from mainland China in the 1920s, Aw weaves together stories of insiders and outsiders, images from rural villages to megacity night clubs, and voices in a dizzying variety of languages, dialects, and slangs, to create an intricate and astoundingly vivid portrait of a place caught between the fast-approaching future and a past that won’t let go.

Alternately philosophical, funny, personal, political, and poetic, the short memoirs in The Face series offer unique perspectives from some of our favorite writers. Find out more at www.restlessbooks.com/the-face.

Born in Taipei to Malaysian parents, Tash Aw grew up in Kuala Lumpur before moving to Britain to attend university. He is the author of three critically acclaimed novels, The Harmony Silk Factory (2005), Map of the Invisible World (2009), and Five Star Billionaire (2013), which have won the Whitbread First Novel Award, a regional Commonwealth Writers' Prize, and twice been longlisted for the Man Booker prize; they have also been translated into twenty-three languages. His short fiction has won an O. Henry Prize and been published in A Public Space and the landmark Granta 100, amongst others.

"Tash Aw's The Face, so wise and so well done, made me with it were much longer than it is."

"Aw digs deep into the meaning of this move, the meaning of Chineseness in Malaysia, the meaning of inherited immigrant markings, and the meaning of leaving the immigrant perspective behind. He charts what it looks like to reprise history, to move for greater opportunity and more education, leaving behind those with less money and shedding the ancestral memory and choreography of poverty. “

“Aw always writes well, but this small volume is particularly lyrical. The extended essay format suits him: long enough for some structure—the chronology is not linear, and he bounces from story to social commentary to introspection—and to explore issues in depth, while short enough for immediacy. He covers a tremendous amount of ground.… Strangers on a Pier is a wealth of pithy observation.… This is a well-rounded, complete short work that should resonate particularly well with Asians who share Aw’s multi-lingual, multi-cultural upbringing—and there are lots of them. It would be an excellent text for sparking discussion in whatever passes for social studies in Asian secondary schools.”

“What seems most compelling to Aw is the process of forgetting and editing that can occur in diasporic movements...Aw is additionally invested in rooting out what is forgotten, what one wants to erase and to figure out why certain bonds become slack or covered over. In this sense, Aw makes clear that his creative inspirations as a writer and editor appear in seeing how relationships are determined only to be later made unstable by a contextual force or power... His approach to the work was more or less a narratively driven memoir with a kind of philosophical flair.”

“Strangers is an intimate exploration of Aw’s past: he delves into his family’s history, retracing the journey that brought his grandfather to this country, exploring his father’s personal history and reliving his own boyhood memories…. In the spaces of his words, the echoes of regrets and unknown sacrifices of the past linger; yet to be understood, but their presence felt and acknowledged. Aw fills the pages with the nostalgia of bygone years, probing the process that brought so many Malaysian Chinese to where the current generation is today, geographically, intellectually, culturally and socially…. Strangers On A Pier makes for a mellifluous and poignant—albeit short—read, and one that will provoke some soul-searching in Chinese Malaysians.... 9/10 mellifluous and poignant”