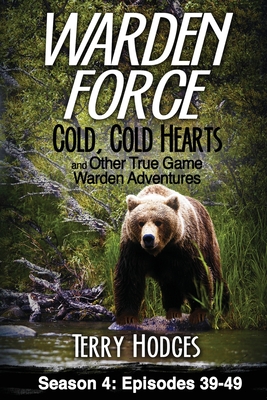 Rascal's Road to Justice - "The world's greatest duck caller," as a renowned waterfowl violator bills himself, crows that he's too smart to be caught. His education to the contrary soon follows.

True Remorse - One of the coldest of the cold, cold hearts, pays a heavy price for extreme cruelty to a trapped bear.

Turkeys - The wardens meet a hardened criminal whose hobbies are turkey hunting and home-invasion robberies.

A Weekend with "Starsky and Hutch." - A swashbuckling pair of wardens cram a fourth-story, roof-to-roof foot chase in old San Francisco and heroic rescues from burning buildings into a single, memorable weekend.

The Natural - A young woman proves that she was born to be a Fish and Game warden.

Dirty Harry and Ape Island - A warden thinks his way out of a jam in this story that features a good-humored Highway Patrol sergeant and an ill-humored monkey.

Lucky Breaks - A warden demonstrates his substantial tracking skills to put away an outlaw houndsman who traffics in bear gallbladders.

Lobster Jake - An infamous lobster pirate teams with "The Muppet," a character straight out of a nightmare.

Cold, Cold Hearts - A California warden, at great risk to himself, flies to Alaska to help state troopers there deal with a team of highly dangerous, cruel and destructive grizzly poachers.