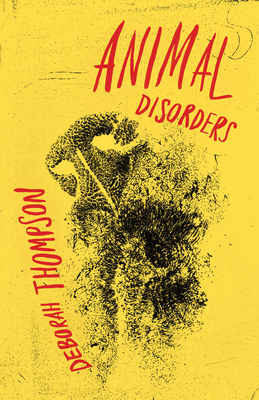 Animal disorders-those erratic, contradictory, irrational relationships that humans have with their nonhuman compatriots-abound in contemporary U.S. culture. In a series of personal essays, Deborah Thompson relates her own complicity in some of these disordered approaches to nonhuman animals, including such practices as pet-keeping, animal hoarding, animal sacrifice (both religious and scientific), magical thinking, and grieving. The sometimes funny, sometimes poignant essays in this collection deliver dispatches from one representative sufferer of animal disorders.

"ANIMAL DISORDERS is a compassionate but clear-eyed critique of the contradictions and hypocrisies embedded in humankind's messy relationship with animals. In reflective, lovely, often funny prose, Deborah Thompson explores the deep emotions that animals evoke in us, and the ways that emotion, especially grief, upends our beliefs about animals, about ourselves, and about our place in the world."