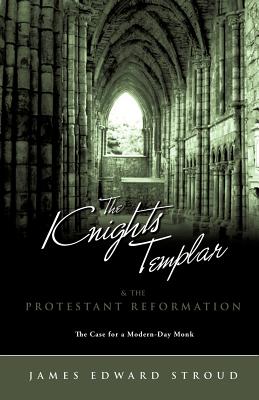 We are quickly approaching the 500th anniversary of the Protestant Reformation which by "most" accounts began in 1517 with Martin Luther's 95 Theses and was completed (or ended) in 1648 with the Treaty of Westphalia. Moreover we are also approaching the 700th anniversary of the end of the Knights Templar with the burning at the stake of the last Templar Grand Master Jacques de Molay in 1314. So what better time to review both as they interrelate to one another? Did you know that "pre-Protestants" such as the Waldensians were being burned at the stake 300 years before Martin Luther's 95 theses? Did you know that the Knights Templar and their mysterious disappearance most likely played a role in the protection/germination of the seeds that would lead to Protestantism? As my Masters of History thesis I was told to tackle a "challenging" subject that might even go against the "status quo" of established historicity; not only have I attempted to do this, but I was dumbfounded by some of the discoveries I have found along the way linking the Knights Templar to Protestantism 200 years earlier than Martin Luther. *Even more awakening is how applicable and necessary many of these "monk-like" themes are today in our increasingly post-Christian world. "The restoration of the church must surely depend on a new kind of monasticism, which has nothing in common with the old but a life of uncompromising discipleship, following Christ according to the Sermon on the Mount. I believe the time has come to gather people together to do this." - Dietrich Bonhoeffer James Stroud has undergraduate studies in both History and Religious Studies as well as post graduate studies in Theology/History at APUS, Trinity Seminary, Biola and the University of Arkansas. He currently resides in the New York City Area. (www.TheLollards.org)