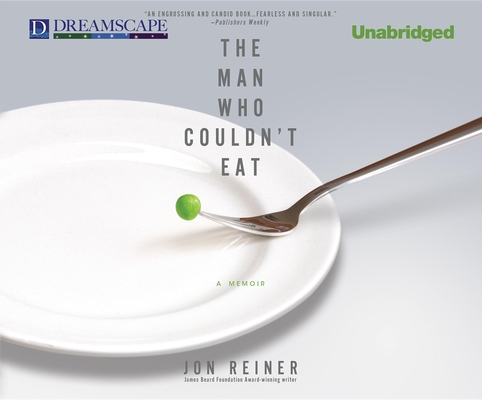 Jon Reiner was happily married with two children, living on Manhattan's Upper West Side, when a near-fatal medical crisis that resulted in emergency surgery threatened to take his life. He was sentenced to months of intravenous feeding that required him to abstain from eating anything, in order to give his digestive tract a rest. The medical commandment 'nothing by mouth' came to represent not only the prolonged food deprivation that would have a radical impact on Jon's relationship with food, but the intense and enduring effect it would have both on his emotional state, and his relationships with family and friends. Jon's vulnerability during this profoundly difficult time altered these relationships, but the amazing support he received deepened his understanding love, friendship, and community.

Jon Reiner won the 2010 James Beard Foundation Award for Magazine Feature Writing with Recipes for the collaborative Esquire article 'How Men Eat.' His memoir, The Man Who Couldn't Eat, is based on an acclaimed article of the same name that he wrote for Esquire in 2009. He lives in New York City with his wife and two children. READER BIO Dan John Miller is an American actor and musician, having appeared in Walk the Line, Leatherheads and My One and Only. Dan has garnered two Audie nominations, several AudioFile Golden Earphones Awards and a Listen-Up Award from Publishers Weekly, and has been twice named a Best Voice by AudioFile magazine. He has narrated books by Pulitzer Prize-winning author Philip Roth and many others. Dan lives in the Detroit, Michigan, area with his wife and their daughter.