The New Asian Hemisphere: The Irresistible Shift of Global Power to the East (Paperback) 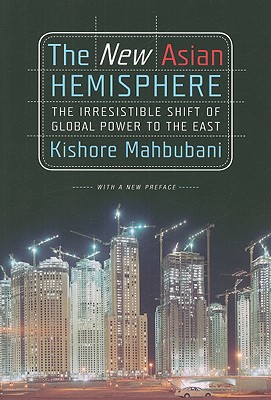 For centuries, the Asians (Chinese, Indians, Muslims, and others) have been bystanders in world history. Now they are ready to become co-drivers.

Asians have finally understood, absorbed, and implemented Western best practices in many areas: from free-market economics to modern science and technology, from meritocracy to rule of law. They have also become innovative in their own way, creating new patterns of cooperation not seen in the West.

Will the West resist the rise of Asia? The good news is that Asia wants to replicate, not dominate, the West. For a happy outcome to emerge, the West must gracefully give up its domination of global institutions, from the IMF to the World Bank, from the G7 to the UN Security Council.

History teaches that tensions and conflicts are more likely when new powers emerge. This, too, may happen. But they can be avoided if the world accepts the key principles for a new global partnership spelled out in The New Asian Hemisphere.

Kishore Mahbubani is a veteran diplomat, student of philosophy, and celebrated author; he is currently a Distinguished Fellow at the National University of Singapore's Asia Research Institute. Mahbubani is also a former President of the UN Security Council (Jan 2001, May 2002) and the Founding Dean of the Lee Kuan Yew School of Public Policy (2004-2017). Mahbubani writes and speaks prolifically on the rise of Asia, geopolitics and global governance. His eight books and articles in the New York Times, Washington Post, Financial Times and Foreign Affairs have earned him global recognition as "the muse of the Asian century." He was inducted into the American Academy of Arts and Sciences in October 2019. More information can be found on www.mahbubani.net.