The Sixteenth Round: From Number 1 Contender to Number 45472 (Paperback) 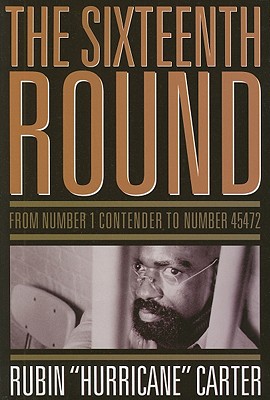 Rubin "Hurricane" Carter was riding a wave of success. The survivor of a difficult youth, he rose to become a top contender for the middleweight boxing crown. But his career crashed to a halt on May 26, 1967, when he and another man were found guilty of the murder of three white people and sentenced to three consecutive life terms.

Written from prison and first published in 1974, The Sixteenth Round chronicles Hurricane's journey from the ring to solitary confinement. The book was his cry for help to the public, an attempt to set the record straight and force a new trial. Bob Dylan wrote his classic anthem "Hurricane" about his struggle, and Muhammad Ali and thousands of others took up his cause. The power of Carter's voice, as well as his ironic humor, makes this an eloquent, soul-stirring account of a remarkable life.

"A document of life lived in the center of hell." —Sports Illustrated

"A shocking, savage and brilliant indictment of racial injustice and the inhumanity of the prison." —Globe and Mail