Orion on the Dunes: A Biography of Henry Beston (Hardcover) 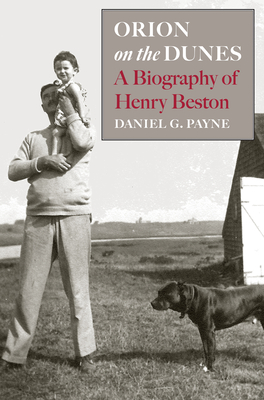 The first biography of the writer/naturalist, and one of the leading founders of the modern environmental movement, Henry Beston.

In September of 1926, Henry Beston spent a two-week vacation in a Cape Cod shack he'd built high on an isolated stretch of dunes overlooking the Atlantic Ocean. As he later wrote, "the fortnight ending, I lingered on, and as the year lengthened into autumn, the beauty and mystery of this earth and outer sea so possessed and held me that I could not go." The resulting book, The Outermost House, is universally considered a classic of American nature writing. In his later books, Beston explored the ways that the modern industrial era was endangering the vital connection between humankind and the natural world, and he is now recognized as a key figure in the twentieth century's conservation movement. In Orion on the Dunes, the first biography of Beston, scholar Daniel Payne--granted unrestricted access to the writer's archives and drawing on interviews with friends and family--has crafted a scrupulously researched narrative; one presenting a masterful portrait that traces the intellectual growth and tumultuous life of a vital American writer whose work and thought have exerted a tremendous pull on poets, naturalists, and novelists alike. This is the story of a life, at once hidden and transparent, that is here finally revealed.