The Betrayal: The True Story of My Brush with Death in the World of Narcos and Launderers (Paperback) 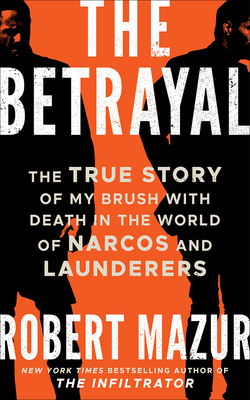 From Robert Mazur, undercover agent and bestselling author of The Infiltrator, comes the riveting true story of grave corruption at the heart of one of the most explosive DEA missions of his career.

On US soil, drug money en route to Mazur was seized. He started to notice an unsettling shift in the cartel's inner circle. Contacts were being assassinated, and Mazur was being tailed. His identity had been compromised. Refusing to acknowledge the threats ahead, Mazur was obsessed with seeing the mission through to its treacherous end: expose the Cali cartel, find out who betrayed him, and escape with his life.