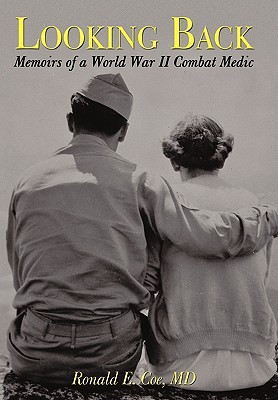 Halfway through his undergraduate education at Colby College, Ron enrolled in the U.S. Army Reserve and served during the Second World War as a combat medic with K Company in the 414th Regiment of the 104th Timberwolf Division. As a soldier he was awarded a Purple Heart for a shrapnel injury to the left leg and back and a Silver Star for gallantry in action. His desire in writing Looking Back was not to tell the gory details of war but to tell the emotional and human side of war. These pages could easily be filled with bloody stories of mangled bodies and vivid depictions of the war that are a part of every medic's daily life. While these vivid details remain etched in his memory, to what avail would these horrid memories be today for the reader or for the legacy of those whose lives were taken by war? These stories evoke emotions that cannot help but touch the reader with the humanistic side of this war. These soldiers, whose lives were taken at such young ages and by such cruel and unfair circumstances, were, despite their nationalities, all human beings. They were young men whose lives and potential before the war were not much different than his.