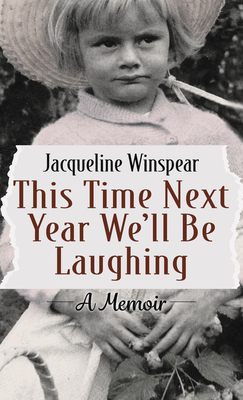 “As a fan of her Maisie Dobbs novels, I couldn’t wait to learn more about Jacqueline Winspear herself. This memoir takes the reader through the early and adolescent years of the author’s life as well as the history of her parents. Winspear’s memoir of an English country childhood is also a love letter to her parents, whose choices and outlook shaped her life. She paints a vivid picture of postwar England, and her story is engaging, vivid, and hopeful.”
— Scott Lange, The Bookman, Grand Haven, MI

"Jacqueline Winspear has created a memoir of her English childhood that is every bit as engaging as her Maisie Dobbs novels, just as rich in character and detail, history and humanity. Her writing is lovely, elegant and welcoming."--Anne Lamott The New York Times bestselling author of the Maisie Dobbs series offers a deeply personal memoir of her family's resilience in the face of war and privation. After sixteen novels, Jacqueline Winspear has taken the bold step of turning to memoir, revealing the hardships and joys of her family history. Both shockingly frank and deftly restrained, her story tackles the difficult, poignant, and fascinating family accounts of her paternal grandfather's shellshock; her mother's evacuation from London during the Blitz; her soft-spoken animal-loving father's torturous assignment to an explosives team during WWII; her parents' years living with Romany Gypsies; and Winspear's own childhood picking hops and fruit on farms in rural Kent, capturing her ties to the land and her dream of being a writer at its very inception. An eye-opening and heartfelt portrayal of a post-War England we rarely see, This Time Next Year We'll Be Laughing chronicles a childhood in the English countryside, of working class indomitability and family secrets, of artistic inspiration and the price of memory.

Jacqueline Winspear was born and raised in Kent, England. After graduating from the University of London's Institute of Education, she worked in academic publishing, higher education, and marketing communications. She emigrated to the United States in 1990. She has written fifteen novels in the New York Times bestselling Maisie Dobbs series, which has won numerous awards, including the Agatha, Macavity, and Alex. Her standalone novel about the Great War, The Care and Management of Lies, was a finalist for the Dayton Literary Peace Prize. She lives in California.