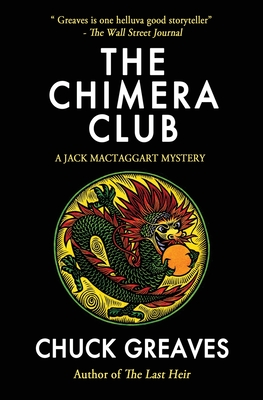 This is book number 4 in the Jack Mactaggart Mystery series.

It isn't entirely shocking that a man like film producer Ari Goldstone would be found murdered in his hotel suite, naked and tied to the bedposts. Goldstone, after all, had a reputation for sexual misconduct and was already defending lawsuits brought by a dozen aggrieved starlets. But the brutality of the crime takes even veteran homicide detectives aback. More unsettling still are the DNA test results, which conclusively point to disgraced financier Jimmy Kwan, the "Chinese Bernie Madoff" and father of one of Goldstone's accusers. Unsettling that is because Kwan, seven thousand miles away in Hong Kong on the night of the murder, has an ironclad alibi. When Kwan's daughter Mae, a fashion model turned nightclub owner, hires attorney Jack MacTaggart to defend her father, Jack must solve the mystery of how the only possible suspect in a high-profile murder cannot possibly have committed the crime. But when the next body falls, Jack must solve an even more urgent mystery - how to stay alive long enough to bring the real killer to justice.

"Greaves is one helluva good storyteller." - The Wall Street Journal

"Greaves writes with the pop and sizzle of some of the greats of the genre." - Chelsea Cain

"Greaves is a master of the language." - Douglas Preston

"In attorney Jack MacTaggart, Greaves has created one of the most likable lawyers in fiction; a man with the talents and ethics of Clarence Darrow combined with the charm and mischief of Jack Sparrow." - The Big Thrill