Beyond This Harbor: Adventurous Tales of Heart and Home (Hardcover) 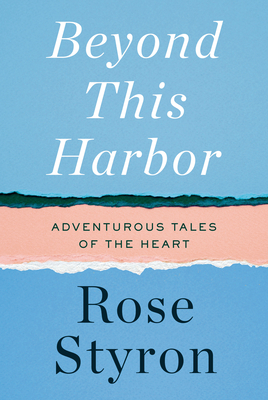 An intimate portrait of a celebrated magic life and the famous and infamous who dropped in, summered, traveled with, played with and the decades of friendship with everyone from Truman Capote and Robert Penn Warren to the Kennedys, the Bernsteins, Alexander Calder, John Hersey and Lillian Hellman.

Here as well are the years of dedication and risk, traveling the world, from Pinochet’s Chile to El Salvador, Belfast, and Sarajevo, as Rose Styron, in search of those hiding from dictators and autocrats, bore witness to atrocities and human rights violations . . .

Styron writes of her childhood, born into a German Jewish, assimilated Baltimore family; a rebel from the start, studying poetry at Wellesley, Harvard, Johns Hopkins; traveling to Rome and her (second) meeting with Bill (the first time, “I can’t remember even shaking hands. I wasn’t thinking about him at all.”); their eventual marriage, and their more than 50 years together—in bucolic Roxbury, Connecticut, and on Martha's Vineyard.

And she writes in detail about Bill Styron's full-on breakdowns . . . his recovery from the first depression; writing Darkness Visible. And fifteen years later, the second much worse crash; Bill Styron’s death; her year of grief, teaching at Harvard; living full time on the Vineyard and making a new full life there . . .

ROSE STYRON was born in Baltimore. She is the author of three volumes of poetry and numerous articles on human rights and foreign policy and edited The Selected Letters of William Styron. She has chaired PEN’s Freedom-to-Write Committee and the Robert F. Kennedy Human Rights Awards, and has served on the boards of the Academy of American Poets, the Association to Benefit Children, and The Brain and Creativity Institute at USC.