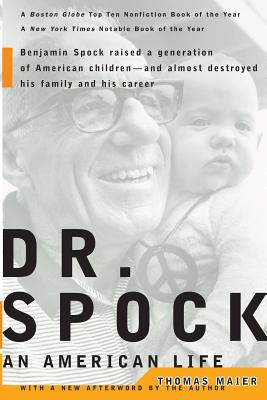 Dr. Benjamin Spock is known for how he revolutionized mainstream American family life with his book Dr. Spock's Baby and Child Care, for the controversy caused by his psychological advice, and for his early and courageous opposition to the war in Vietnam. But, as award-winning biographer Thomas Maier uncovered through extensive interviews with Spock and his family, his personal life was filled with tragic ironies and contradictions. His family suffered through alcoholism, substance abuse, divorce, mental illness, suicide, sexual tensions, and emotional indifference. His childhood, which so infused his book and made its success possible, nevertheless seemed to prevent him from taking his own advice. Maier, for the first time, tells the complete story of Spock's life, revealing the complicated journey of the man who said, "Trust yourself. You know more than you think."

Thomas Maier is the author of The Kennedys: America's Emerald Kings, which was adapted for Warner Home Video DVD, and the critically acclaimed Dr. Spock, which was a New York Times Notable Book of the Year. He is a special writer at Newsday. He lives in Long Island, New York.
www.thomasmaierbooks.com