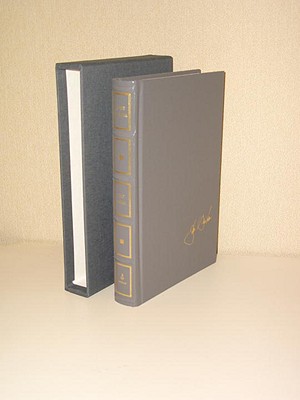 Books are leather-bound, signed and numbered, with printed endpapers, gold stamping, a slipcase, and a ribbon marker.

In a crowded courtroom in Mississippi, a jury returns a shocking verdict against a chemical company accused of dumping toxic waste into a small town’s water supply, causing the worst “cancer cluster” in history. The company appeals to the Mississippi Supreme Court, whose nine justices will one day either approve the verdict or reverse it.