Call the Midwife: Shadows of the Workhouse (Paperback) 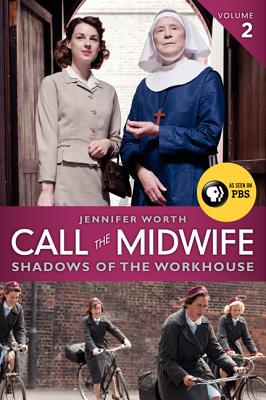 When twenty-two-year-old Jennifer Worth, from a comfortable middle-class upbringing, went to work as a midwife in the direst section of postwar London, she not only delivered hundreds of babies and touched many lives, she also became the neighborhood's most vivid chronicler. Woven into the ongoing tales of her life in the East End are the true stories of the people Worth met who grew up in the dreaded workhouse, a Dickensian institution that limped on into the middle of the twentieth century.

Orphaned brother and sister Peggy and Frank lived in the workhouse until Frank got free and returned to rescue his sister. Bubbly Jane's spirit was broken by the cruelty of the workhouse master until she found kindness and romance years later at Nonnatus House. Mr. Collett, a Boer War veteran, lost his family in the two world wars and died in the workhouse.

Though these are stories of unimaginable hardship, what shines through each is the resilience of the human spirit and the strength, courage, and humor of people determined to build a future for themselves against the odds. This is an enduring work of literary nonfiction, at once a warmhearted coming-of-age story and a startling look at people's lives in the poorest section of postwar London.

Jennifer Worth trained as a nurse at the Royal Berk-shire Hospital in Reading, and was later ward sister at the Elizabeth Garrett Anderson Hospital in London, then the Marie Curie Hospital, also in London. Music had always been her passion, and in 1973 she left nursing in order to study music intensively, teaching piano and singing for about twenty-five years. Jennifer died in May 2011 after a short illness, leaving her husband, Philip; two daughters; and three grandchildren. Her books have all been bestsellers in England.